Thank you to everyone who attended the 2020 LGLA Leadership Forum "Inclusive Leadership".

Material and Highlights from the Program,are now posted

Day One was an action packed, dynamic start to LGLA Forum 2020!  Opening Ceremonies began with Musqueam Nations drummer/performer, Alec Dan leading the Lieutenant Governor’s procession into the main ballroom where the delegates were gathered. Musqueam Nations Chief Wayne Sparrow’s  greetings, were followed by an address by Her Honour, Janet Austin, the Lieutenant Governor of BC, and an official welcome to the City of Richmond, from Host-Mayor Malcolm Brodie.

Keynote Chris Fields entertained the audience with an engaging, colourful presentation on innovative ways to create inclusive and extraordinary communities.  Weaving the theme of Inclusive Leadership into his presentation, Chris presented  real life examples on how to overcome the mundane and “Create the Exceptional” in community building and in every day life.

Todd Stone, Municipal Affairs Critic delivered his opening address, bringing experiences from his personal life to illustrate how he handled the challenges of Inclusive Leadership.

UBCM President and Sooke Mayor Maja Tait conveyed special greetings on behalf of the Union of BC Municipalities, before moving into the Plenary Workshop on “What It Means To Be An Inclusive Leader In Your Community”. 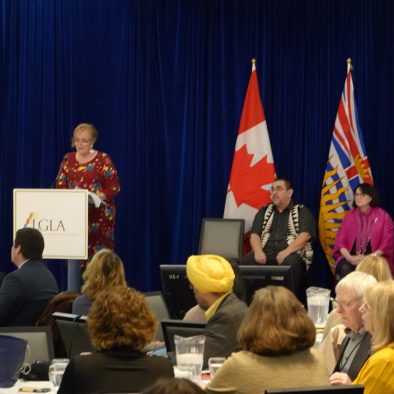 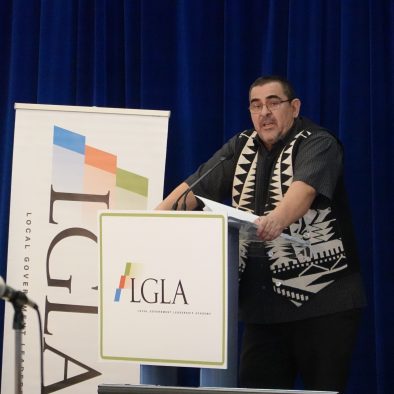 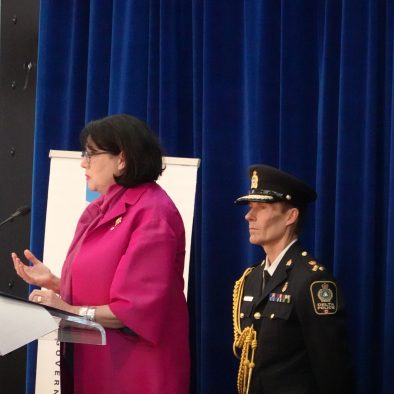 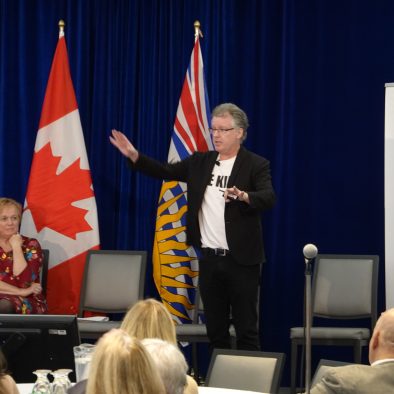 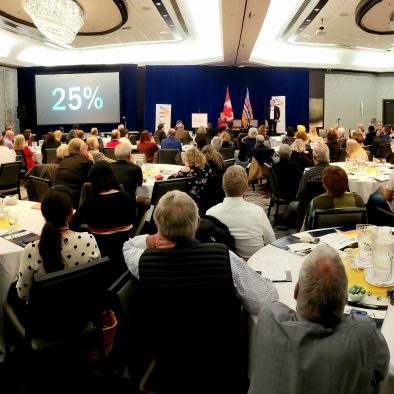 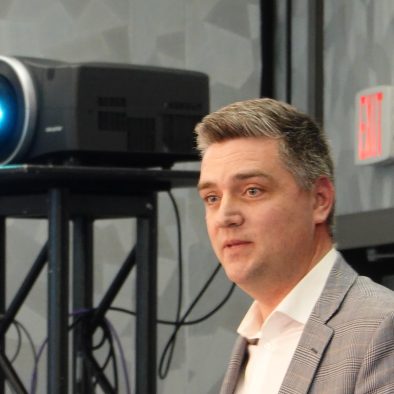 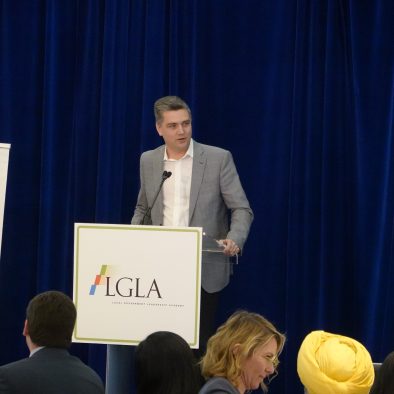 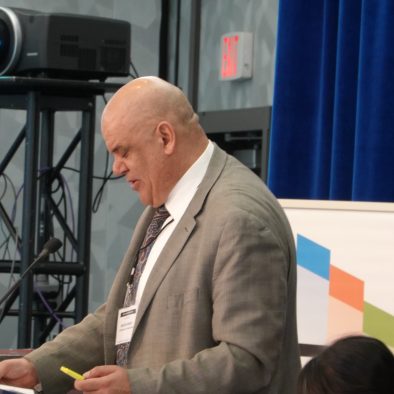 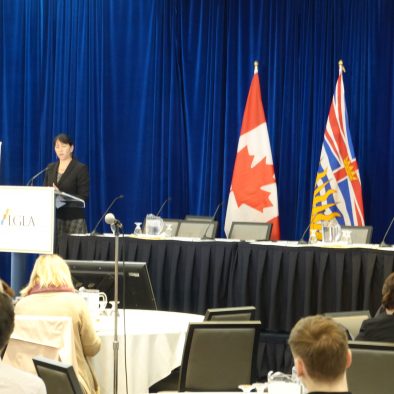 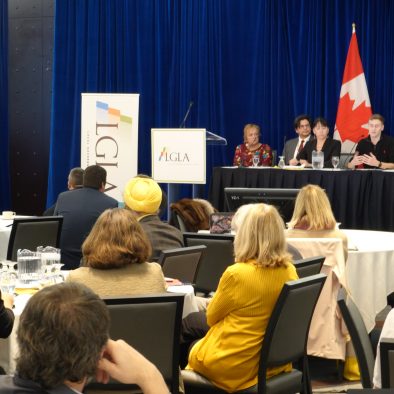 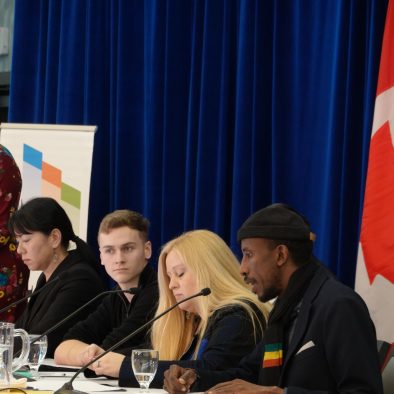 Day two began with the traditional hot breakfast, as delegates listened to Peter Urbanc, CEO of the Municipal Finance Authority talk about “Prudent Investment Practices for BC Municipalities”.

The Ministry of Municipal Affairs and Housing, in conjunction with the Ministry of Jobs, Economic Development and Competitiveness, hosted panel discussions on Indigenous Reconciliation, with the leadership of Jim Kew, member of the Indigenous Business and Investment Council.

Engaging the audience with some hands on scenarios, Christina Benty and Ron Mattiussi delivered exciting sessions, created by the Local Government Management Association, on the popular topic of “Working Together – Making the Most of Collaborating with Staff”.

During lunch, delegates were treated to a scenic production of “Beautiful BC” by Peter Harrison, Director, Industry Partnerships and Visitor Services of Destination British Columbia.

Lunch was followed by further break out sessions, where delegates were able to choose between a total of four session offerings:

In her thought provoking sessions on “Candour, Conflict and Creativity”, Tracey Lorenson presented examples of tough decision making processes, where decisions need to be made in an environment of ambiguity, often in a climate of competing interests.

Delegates were treated to animated discussion on a timely topic presented by Reece Harding of Young Anderson Barristers & Solicitors, exploring “Responsible Conduct”, and where our municipalities are heading in view of recent, publicly reported examples of concerning behaviour. There was lots of lively discussion around “How We Got Here, Where We Are, and Where We Might Be Going”.

Delegates convened in the Grand Ballroom at 4:30 to hear an address built around the theme of Inclusion and Leadership, from Green Party Leader, Adam Olsen.

After dinner break, delegates returned to the Radisson for the Evening Plenary Workshop, hosted by Arjun Singh, and Peter Urbanc, who set a special tone and atmosphere for a free flowing creative discussion on local governance issues related to being an inclusive leader, and creating inclusive communities. 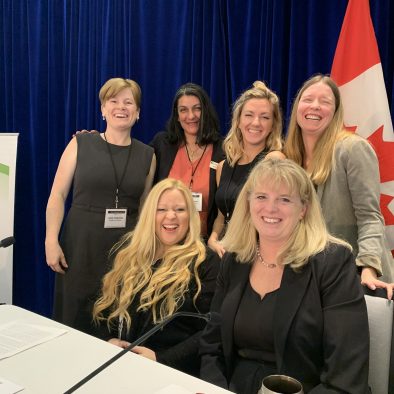 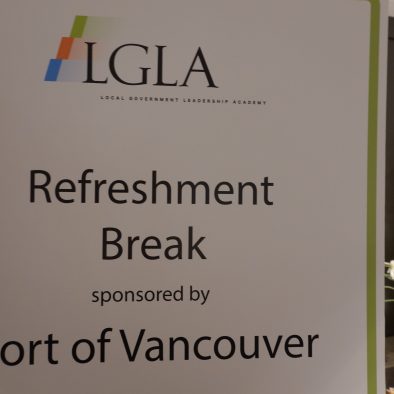 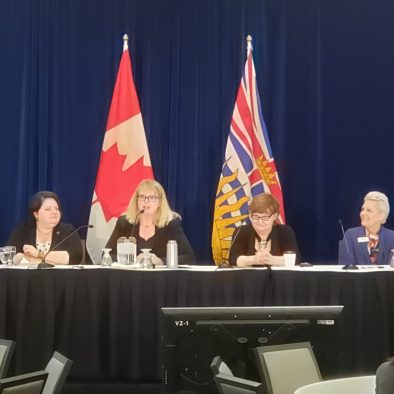 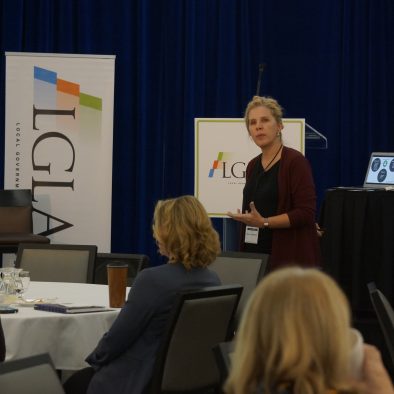 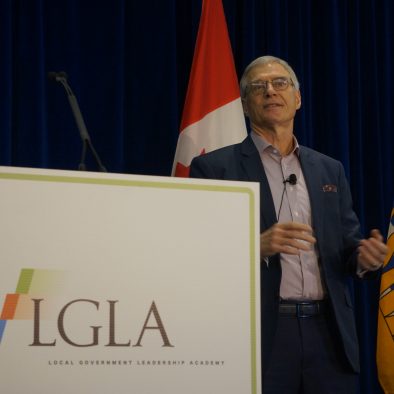 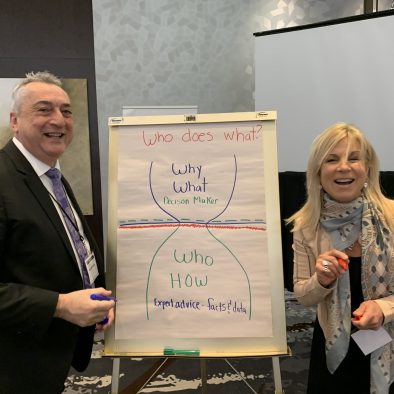 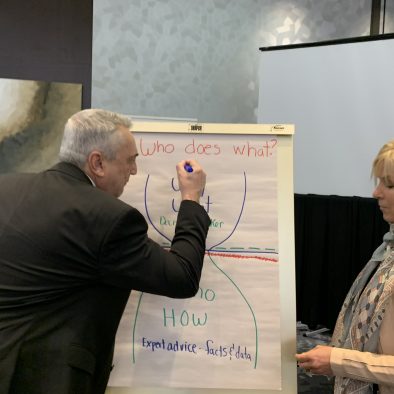 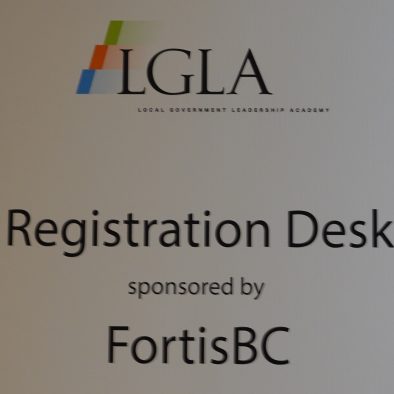 Once again delegates started the day with the traditional hot breakfast.  The Municipal Insurance Association and BC Assessment split the early morning session during the breakfast hour.

Tom Barnes, CEO of the Municipal Insurance Association described the successful MIA business model that provides 90% of liability insurance for local governments in BC; a model that hundreds of insurance pods now follow all over North America to insure local government. The MIA with over 30 years of experience in insuring local government is best positioned to provide insurance to municipalities facing the  challenges of climate change adaptation, asset management, and emergency planning – and addressing these risks through a collaborative approach.

Michael Spatharakis, Manager of Local Government Relations for BC Assessment followed with an impressive presentation on just how BC Assessment approaches the challenge of communications, making sure that everyone has an understanding of the relationship between Property Assessment and Property Taxation.

The morning continued with break out sessions where delegates had the option to choose between a total of five very unique presentations.

Don Lidstone of Lidstone & Company Law Corporation drew an impressive number of delegates interested in Land Use Negotiations. Don highlighted the importance of inclusivity in land use negotiations  from a legal perspective, bringing concrete examples from his long years of experience.

Forum delegates were fortunate to experience two very unique and personal accounts of what inclusivity means from a human perspective. Celebrity guest, Wil Fundal, a popular host of CBC North, described his personal journey, initiating a diversity and inclusion discussion with the audience on the word “They”, and why such a  simple word can mean so much.   Form a totally different perspective on inclusion, Marco Pasqua, speaker on behalf of the Rick Hansen foundation, gave an account of his challenging journey, and how there was a distinctive difference between accessibility vs meaningful access, and how the Rick Hansen Foundations’s “Gold Standard in Accessibility” is sweeping the globe, redefining the meaning of accessibility

“Almost 50% of Canadian adults have or have experienced a temporary or permanent disability or live with someone who has. Imagine a Canada where everyone can participate and contribute to their community. It’s time to rethink how people of all abilities access and use our public spaces.

Rick Hansen Foundation Accessibility Certification™ (RHFAC) is a rating system that measures the accessibility of buildings, sites, and final design plans and promotes increased access through the adoption of Universal Design principles. Whether you are a property owner, building or facilities manager, architect or engineer, RHFAC will give you a real snapshot of your building’s current level of access and a roadmap on where and how to improve.”

It was a great pleasure and honour to have Minister Selina Robinson address the delegation before the final forum closing remarks by Laurey-Anne Roodenburg, President of LGLA, and the presentation of the Cathy Watson Memorial Award to Tim Peterson, Lasqueti Island Local Trustee. 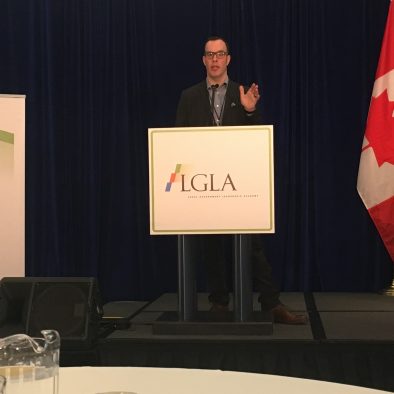 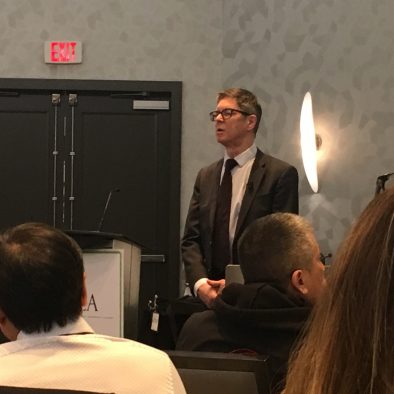 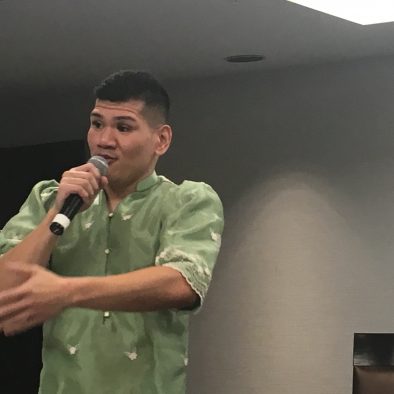 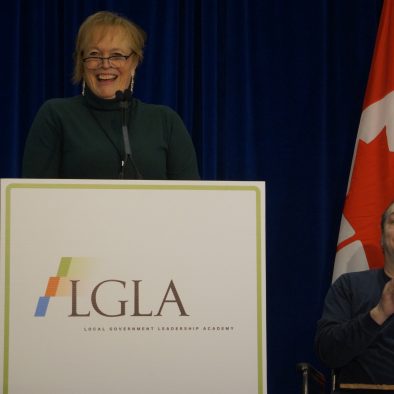 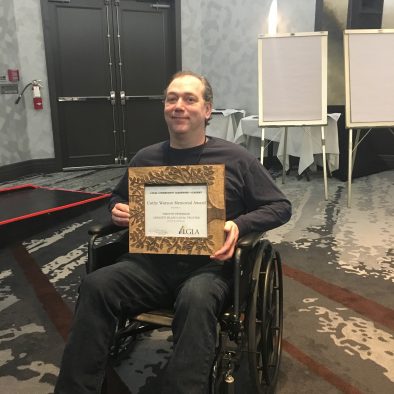 What does it mean to be a truly inclusive leader, and what are the tools of respectful, collaborative, engaged communication and action? The 2020 LGLA Leadership Forum explored the theme of Inclusive Leadership, through practical examples; helping people build skills with the idea of inclusivity.

Powerpoint Presentations, Handouts and Audio Material Available to Download – from the 2020 Leadership Forum:

Local Government Management Association Handout: Working Together Making The Most of Collaborating With Your Staff

Destination BC Powerpoint Presentation: Beautiful BC

Michael Spatharakis BC Assessment Powerpoint Presentation: BC Assessment – The Importance of Understanding the Relationship Between Property Assessments and Property Taxation

LGLA Thanks the Sponsors of the 2020 Leadership Forum

LGLA Thanks Our Founding Partners 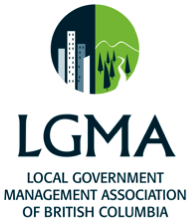 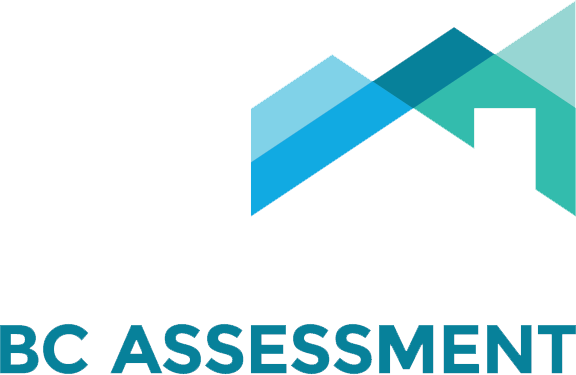